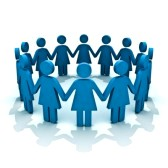 Since the establishment of the organization in August 1999 through January 2006, Medica Kosova has provided psycho-social support gynecological services and legal assistance for war and post-war traumatized women and girls. In 2006, along with this services, Medica Kosova started a three year income-generating project for improving the living conditions of women through agriculture, supported by the German Ministry (BMZ) and medica mondiale e.V.

Seeing the need to address other issues and assist more women, Medica Kosova succeeded in raising additional funds inside and outside Kosova. In this way from 2005 to 2008, mK worked in Prizren Municipality, implemented smaller advocacy projects and supported women farmers in Gjakova and Deqan municipalities to improve their working conditions.

I: Improve health situation of war traumatized women and girls by reducing the symptoms of trauma and helping them to overcome their traumatic event.

Beneficiaries: 4,172 women and girls in 45 villages

• Psycho-social, gynecological services and legal counseling in the center and villages of Dukagjini region;

• Lobbying and advocacy work for addressing the needs of women and their inclusion in legislation and public life; and

• Networking and cooperation with other NGOs and women’s networks in Kosova and the region.

Beneficiaries: 13 women, widowed during the war, with missing family members

III.Improving psychological and physical situation of women and girls with war missing family members and their motivation to develop life perspectives

Beneficiaries: 492 women and girls, including 41 from the Roma community

• Group and individual psycho-social counseling in processing war trauma; support for coping with repatriation procedures as bodies were returned from Serbia; and support during the grieving process;

• Gynecological services and legal support in improving health situation of war affected women and achieving their legal rights; and

• Social support by assisting women to arrange personal documentation for social assistance provided by the government.

• Gynecological visits and development of PAP tests for early prevention and diagnosis of cervical cancer;

• Individual psychosocial counseling and support in the fields of trauma and VAW; and

• Education on family planning and provision of contraceptives.

V: Improving psycho-social and health care for women and children from Roma community

• Gynecological visits and provision of PAP tests in the mobile clinic in the aforementioned locations; and

VI: Improving psycho-logical and physical situation of women and girls with war missing family members and motivating them to rebuild their lives

Beneficiaries: 492 women and girls, including 41 Roma

• Group and individual psychosocial counseling for dealing with war trauma, coping with repatriation procedures of bodies returned from Serbia, and support during the grieving process;

• Legal counseling and support in realizing their property and other legal rights; and

VII. Improvement of the living conditions of war traumatized women and girls and their families in Gjakova and Deqan municipalities through generating incomes

• Free distribution of 3 tractors, 30 Siemental heifers and 167 bee families to 58 women from the 11 villages of Gjakova and Deqani Municipalities;

• Capacity building and development of cow-breeding, bee-keeping and other agricultural activities with the women involved;

• Passing over of the first female calves from the original groups to 29 other women from above villages;

• Construction and equipment with laboratory supplies of two milk collection sites in the villages of Korenica and Krelan;

• Capacity building of women farmers in marketing and market research;

• Networking activities between mK women and women farmers inside and outside the country through study tours and exchanging farming experiences;

• Gynecological services, provision of 332 free PAP tests and breast ultrasound exams for women at the mK center and mobile clinic that traveled to villages;

• Psycho-social and legal counseling for women traumatized by war so that they can overcome their traumatic symptoms and claim for their legal rights; and

• Advocacy meetings with institutional authorities for improving the agricultural conditions of women farmers involved in the project.

VIII.Campaign for the legal status of survivors of rape during the war in Kosova

Beneficiaries: 110 women and girls from rural areas and the city of Gjakova

• Screening of the film “Anatema” in Prishtina and opening a public debate on sexual violence during the war and the situation of the rape survivors;

• Establishing and developing cooperation with women deputies at the local and national level and their integration into a working group for preparing amendments to include survivors in the existing Law on Civilian Victims of War; and

• Organizing a petition about the Law amandments and a round table on the issue.

IX.Rehabilitation and support of women farmers to improve their farming conditions and product quality

• Free distribution of 5 Simmental cows and milk production facilities to women farmers from the villages of Gjakova and Deqani Municipalities;

• Co-financing for the construction of two milk collection sites;

• Supplying women involved in the production of honey with extra bees and beehives;

• Organizing a study tour for three women farmers to South Tyrol, Italy; and their participation in the international conference for promoting milk products.

X. Increasing incomes of women involved in the bee-keeping activities by selling honey to private companies

• Development of management skills in marketing strategies and market research among 57 women involved with the production of honey and milk; and

• Bringing women closer to the market so they can promote and sell their products.

• Gynecological services, provision of PAP tests and health education in the afore mentioned villages through the mobile clinic and the stationary clinic in mK.

Beneficiaries: 189 women and girls, including 69 from the Roma community

• Health education on issues of reproductive health and prevention of cervical and breast cancer; and

• Group and individual psycho-social counseling on war trauma and violence against women.

• Gynecological visits, free PAP tests and medications in the aforementioned locations through the mobile clinic and in mK center; and

Beneficiaries: 71 widowed women from the 3 villages

• Distribution of 14 Simmental heifers, milk cans and cow food concentrate to widowed women as well as training on hygienic cow-care and quality production of milk;

• Passing over of the first female calves from the recepient women to other widows from the same locations;

• Study tours and experience exchange opportunities for women farmers from Kosova with women in the region; and

• Technical support and investment for the reconstruction of barns for women farmers involved in cow-breeding.

Beneficiaries: 400 women farmers from 13 villages in Gjakova and Deqan municipalities

• Construction of the Dairy Plant for the production of cheese and youghurt through the collection of milk from the project beneficiaries;

• Establishment of a honey collection site for producing honey products and their promotion in the market; and

• Psycho-social and legal empowerment of women for ulitizing their properties and overcoming symptoms of war trauma.

XVI.Strengthening the role of women farmers in social and political life in Kosova

• Supporting women farmers to organize in an Assotiation of Women Farmers at a national level and influence agricultural policies of rural development in the country;

• Registration of the Assotiation of Women Farmers in Kosova Women's Network (KWN) for developing networking and joint advocacy activities; and

• Psycho-social and legal empowerment of women farmers in addressing their symptoms of trauma and overcoming social and cultural barriers affecting their status as farmers and access to their legal rights.